Perfect CC Midwest Inc carries the necessary preparation saws with associated dust collection vacuums to correctly cut & prepare sawcut joints for our pumping equipment. Joint fill is very important not only in epoxy & polished concrete flooring applications but even whereas the warehouse or large area slab is to remain as is, sealed concrete post pour. The two part polyurea cures rapidly to a rubbery shore hardness of 88-90, allowing ample give under heavy wheeled traffic loads without creating a breaking impact point on joint edges.

Warehouses that have left joints unfilled will have more cracking along joint edges, stone breakouts & higher difficulty keeping floors clean due to the debris getting caught in the joint canals. 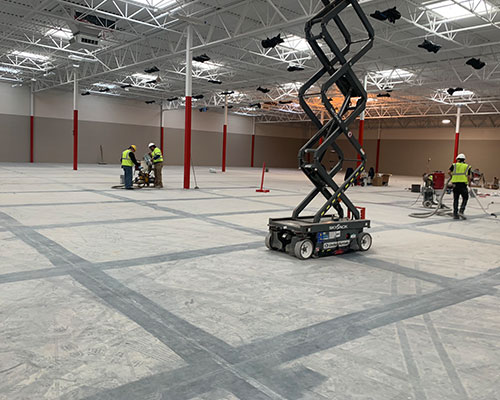 Whether it’s a new building prior to use or a building that has decades of heavy wheeled loads, Perfect CC Midwest Joint Fill Services can be extremely beneficial. In the post joint damage scenario, we have multiple processes in rebuilding the broken joints prior to pumping with polyurea and creating a new working load surface.

The products we install have quick 10-minute cure time, guaranteeing very minimal shut down to any of your facilities operations. Typically, thousands of linear feet can be performed by a small crew on a daily basis. 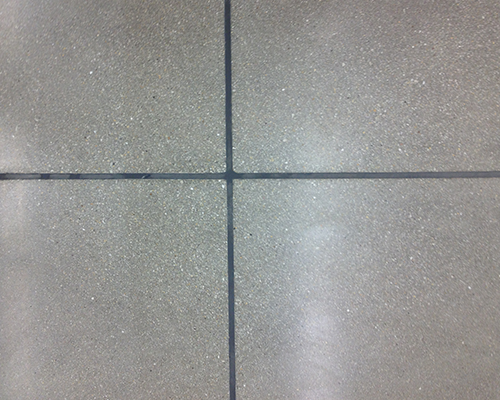 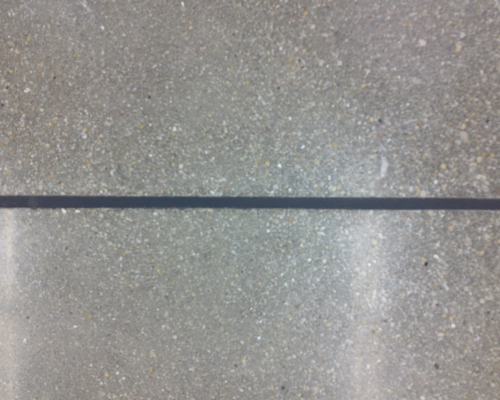 Correct joint cutting techniques are a must for a long term joint protection system. A common mistake is simply vacuuming out joints in a newly poured construction slab. The main issue is there is already moderate contamination in the joint walls, debris spilled during construction such as paint, mud, chemicals… and more obviously; when the joints are cut during the concrete curing process, it is typically done wet. This allows slurry to build up on the sidewalls which will dry and remain with a future vacuuming being insufficient in removing. Less visible to the naked eye would be the minerals that work their way to the nearest escape from withing the concrete surface, during curing. Mineral deposits form on the inner walls of the joints after a few weeks time in fresh concrete pours and will create a bond breaking atmosphere for polyurea joint fill.

Joint Shrinkage: A note worthy of mentioning is that, even in correctly processed joint fill application- months after the operation small hairline cracks can appear in the joint fill. These cracks do not pose an immediate threat to the joint fill composition nor are they an example of poorly performed task. The hairline cracks are actually the opposite- they prove correct joint fill procedures have in fact been performed. Concrete joints are created specifically to allow movement along the slabs without causing visible cracks throughout the floor. Placing a hardened material such as cement in the joints, would cause immediate breakage throughout the floor. The flexible polyurea joint fill material moves with the concrete, though occasionally fracturing under the stress. This movement will be most notable in the first year of the concrete pour-even within weeks of installation. Over time, the concrete and ground below have settle and major movement will have stopped.

In the correctly performed joint fill scenario, the reason sliver cracks appear in the jointfill is because the correct sawcuting took place and the material did in fact bond to the sidewalls. Incorrect or lack of sawcutting would not sliver crack the joint but instead, simply debond the material from the joint sidewalls under stress.
The manufacture remedy is to await the concretes movement time, estimated but typically a years time, and than return and apply a small infill of joint fill atop the existing. This fills the sliver cracks and simply creates a more visually acceptable joint fill. 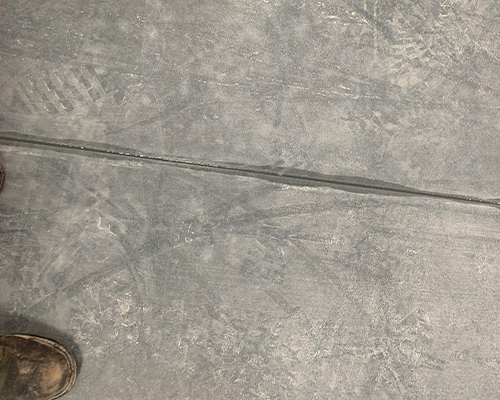